A Little Trip to the Fire Station, a Big Trip to Orlando, and the NEW! "Sounds Fun Phonics" CD Has Arrived!

Last week, my class at school finished up our unit on Community Helpers with a trip to the local Police Station and the Fire Station.  We had some fun meeting those local heroes, and even had a great pizza lunch on the way back, compliments of one of our wonderful parents who decided to treat the entire class!  Meanwhile, I was thrilled to have been able to attend and present at the International Reading Association Conference in Orlando this week!  It was a wonderful experience, and one I won’t soon forget!  It was somehow very different for me than presenting for a group of Kindergarten teachers at a conference that had already heard of me and therefore “know” me.  The result was that the presentation was definitely more stressful than usual, but in the end, I still felt that it went great!  The room was full, and that in itself seemed to be a miracle to me, since there must have been at least 50 concurrent sessions going on at a time, and my own session was lost in their handbook like a needle in a haystack!  No one was more surprised than myself when there were already people saving seats in the room BEFORE I even arrived to set my things up! I knew that we had many more people in the room than I was told was the capacity, because the correct number of handouts had run out, but the people had still kept coming in asking for them.  I was glad that I had the opportunity of uploading the handouts to the IRA website as well. (and you can find it here, if you like).

Recently, we also visited our local fire station for a tour and a lesson in fire safety from our local heroes. I also taught the children how to draw a fire truck, so I thought I would share it with you here as a free download today!

I have also thought that the fire fighters would love to have some of these pictures as thank you notes, but it sure is hard to get the children to part with them once they are done!  I think we will have to make another set so that we will have some extras to give away.  Enjoy! 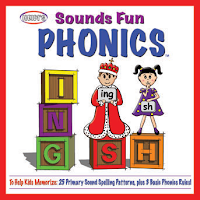 We finally were able to pick up the finished CD’s, and I again feel a tremendous sense of accomplishment!  Every time I bring a new project from tiny little idea to completed project, I am amazed at how great it feels, and how blessed I feel to have such a wonderful support system in place that helps me achieve such things.  My music arranger and co-writer for this project, Mike Cravens, worked many, many hours to make this CD special and fun for children to listen and learn to.  I don’t know how many songs he had to “re-do” a second or third time because I wasn’t satisfied, because I lost track!  And then there’s my wonderful husband Greg, who although he has been working tirelessly on so many projects, added the packaging and website design for this project to his already overflowing plate and did it beautifully.  In any case, I have to say that I am SO very grateful for all of the help and support that I am constantly given, and I NEED to say that I would NEVER be able to accomplish any of these things by myself!  I hope you enjoy this little video of my kids singing some of the new songs from this CD. 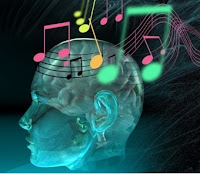 I find it really unbelievable how much the music really helps them remember the letters that go with each sound.  This is making their writing go much faster, and is also making them better readers.  The children are not relying on copying the letters off of the cards so much because they have the sounds and their letter combinations memorized.  Even the children that struggle with reading and writing the most are noticing the letter combinations in print everywhere, and using the basic ones in their writing, such as the “oo” sound. 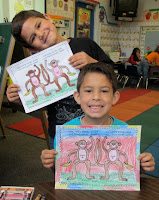 I am really excited to see what the first grade teachers have to say about their skills next year!  And to celebrate the new release of this CD, I am giving you another free download of a worksheet that I created to practice the “oo” sound.
Enjoy!

My class plays Bingo with one of my wonderful volunteer mommy helpers each week on Monday morning, and so I just had to add to our collection with a Sounds Fun Bingo game.  It plays the same as all of the other bingo games that I have.  In this game, the bingo caller says the sound, and the children look for the picture that represents that sound and cover it up as they hear it.  There are six pictures on each card, and the object of the game is to cover up all of the pictures on the card.  The first one to cover all of the pictures gets a bingo, but we always keep playing until all of the children at the table get a bingo as well.  Then we exchange cards and play again!  It’s a fun game, and a great addition to our collection of language arts bingo games.


4.  Sounds Fun Bang!
Another game I created to go along with the new Sounds Fun CD and flash cards is Sounds Fun Bang!  This plays just about like any other “Bang!” game, but has Sounds Fun characters on the cards.  When the children get a card, they simply tell that character’s (or letters’) sound.  There are also some “Bang!” cards thrown in there, and if a child receives one, he or she is supposed to say, “Bang!” and then gets all of the cards at the table.  There are also some other cards that say, “Go again.” The child that receives one of these cards, of course, gets an extra turn.  Since the children know the sounds very well at this point, the game moves at a quick pace.  I think that for this reason, the kids find it incredibly exciting, and therefore it has become unfortunately pretty noisy!  My kids LOVE this game!  In fact, they love it so much, that it sounds a lot like a Black Jack table in a Las Vegas casino.  They have been so excited that it’s hard to believe that there are no cash prizes stashed away anywhere on that side of my classroom, but so far, I haven’t found any.