Here’s my next set of games that you can do as a whole group with your class!  My favorite here is definitely the Cup Game!  This one is a “classic” that I use every year, without fail.  The kids always love this guessing game.  Be sure to watch the little video of my class playing this game.  It’s cute!

What’s in My Pocket?
What you need: 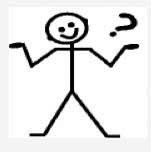 Some small toys that can fit in children’s pockets, and a bunch of kids!
How to play:
Have the children bring something from home that fits into their pocket, (or give them each something when it is their turn.)  Ask them to give the class a hint as to what might be in their pocket without giving it away.  The rest of the class should take turns guessing.  It helps to model what a hint is for them, so that they can figure out what you want.  Some children may have no idea and will just blurt out the answer!  One little boy last year stood up in front of everyone and said, “It’s a car.”

The Cup Game
What you need:
Paper cups numbered 1-10 (or 10-20, etc.), and a small toy to hide underneath.
How to play:
The kids hide their eyes while you hide that toy under a cup.  Then they must guess what cup it is under based on your “more/less” clues.  They must first tell you what number they thin it is under, and then lift the cup to see if it is there.  Give clues by telling them, “The number is more than three.”  “Or, the number is less than seven.”  Eventually, they will narrow it down!  This game helps them learn the concepts of more, and less, and helps them practice number recognition as well.
This is a great game to leave for a sub when you know you are going to be out, because it is easy and it is always a hit with the kids.  There is no prep, and no clean up.   Believe it or not, I have been using the same cups and toy for almost 20 years in my classroom!  I keep them in a plastic shoe box with the instructions for the game in it.  I know how old this game is because the little “toy” that I hide under the cups is actually a nipple cover from the baby bottles that we used to use when my daughters were babies- and my youngest ones (twins!) were born in 1991!  This game is great to play in small or large groups both.

War:  Boys Against Girls
What you need: 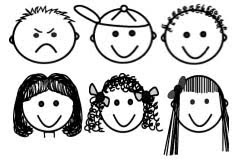 Number cards from 0-30 (or the number of your choice!)
How to play:
Choose a boy and a girl to come forward and take a number.  Let the children decide which number is greater.  That team gets both cards.
The game ends when:
One team has all of the cards.
Variations:*  The winner of each round is the number that is LESS rather than more.  OR, spin a spinner each time to see which is the winner:  more, or less?  (It will never be equal if you give them only one of each number.)

*  Have a child from both teams draw a domino and have them add the dots together.  Then, based on the sums, decide who has more and who is the winner.

Hundred’s Chart Activities
We do this a lot at the end of the year, during the last month of school.  I give everyone a clipboard and they all sit on the floor in front of me with a bag of crayons and fill in the numbers that I call out.
What you need:
Give children a 100’s chart.  Call out numbers for them to color in.  As they fill in the boxes, they form a pattern, or a picture, etc.
Interactive 100’s chart available at:
Apples4theteacher.com  You can print blank ones there, too. 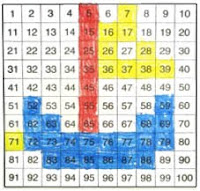 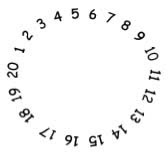 What you need:
Nothing!  Just a bunch of kids, and you!
How to play:
Everyone stands in a big circle or square, and someone begins counting with number one.  Every time a child gets to a multiple of ten, then he or she must sit down and is out.  (When you get to 100, you can either keep counting or start over.)  The last child standing is the winner.
To make the game go faster:
Have the kids sit on the fives and tens.
Variation:
Have the kids practice counting backwards from 20.  Every time you get to 15, 10, 5, or 1, that person sits down.  This is tricky and VERY good practice!
Tip:  During the last two months of school, I had the class practice counting backwards from 20 every morning when we did some crossover types of exercises right after our flag salute.  The daily practice in counting backwards from 20 (not just ten) was very good for them and really helped them internalize this skill. 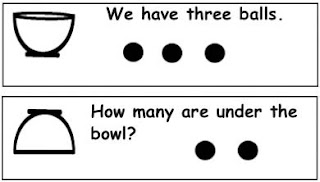 What you need:
A bowl that you can’t see through, and some blocks.

How to play:
Put some blocks under the bowl.  Make sure the kids see how many you put under it.  Then they hide their eyes.  You move some of the blocks out from under the bowl, and put them next to the bowl.  The kids must guess how many are left under the bowl.
Hint:
Make sure that you start with small quantities of blocks to ensure success, and then work up to the larger numbers slowly.

What you need:
A rope, some clothespins, and some number cards.  You also need a way to string the rope up in your classroom.
To Play:
First put the “anchor” numbers up for the kids to help them get started, such as the first, last, and middle numbers.  Then, call the kids up and have them each take a number and pin it up in it’s proper place on the clothesline.  Children can also move someone else’s number if they think it is in the wrong place, but the must explain why they think so, or they cannot move the number.  If the game seems to go too slowly, have them come up in groups of three or four to pin up their numbers.  (Of course it is harder to get them to verbalize their thinking in this case.)
Variations on the Clothesline Activity:
Use alphabet or number cards and put them in order, or put word cards in alphabetical order. 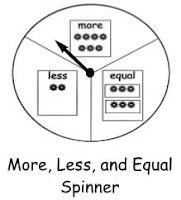 What you need:
Some number cards in quantities of your choice, and a spinner with “more” on one side and “less” on the other side.  This spinner is from my Musical Math Resource CD.  (as shown.)  A die will also work.  This game, including two versions of my printable “More/Less/Equal die” has been included here as one of your freebies this week!  Just cut it out, fold, and tape or glue it together.

To play:
Give every child a number and start some music.  When the music stops, the children must freeze.  Pull a name stick, and that child comes forward with his or her number.  Everyone else must place themselves either to the right of the number if their number is more, or to the left of the number if it is less.  They can stand right next to the leader if their number is equal.  Then, spin the spinner or the more/less/equal die to see which group is the winner!
Hint:
To make this game easier, keep the quantities smaller, and put the corresponding dots on the cards as well.

The Sphere-Cube-Cone Game
What you need:
The Musical Math CD from HeidiSongs, and one of each of the following shapes:  cube, cone, sphere.
How to play:
Sing each of the shape songs.  At the end of each song, throw the designated shape to someone in the group.  That person must identify it and throw it back.
When the songs end:
Throw the shapes to each of the children that didn’t yet get a turn, saying his or her name as you throw it.  He or she must say the name of the shape and throw it back.
Hint:
Soft foam shapes work best!